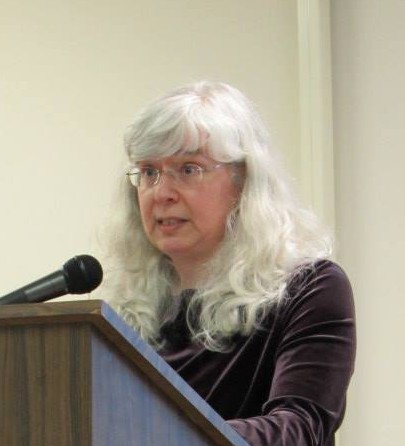 Tonight is the public reading and anthology distribution for the spring 2015 workshops of the Binghamton Poetry Project (BPP).  This is the fourth time that I have participated in this community endeavor which brings together child, teen, and adult poets for five weekly sessions learning about and writing poetry, facilitated by graduate students from Binghamton University.

The three poems below are my contribution to the anthology. (I read the first two.)

From a prompt about writing about interactions with a parent, I wrote this poem which became a gift to my dad for his 90th birthday:

Each weekday, Dad went to his office
on the top floor of the hydroelectric station,
wearing a clip-on tie –
a precaution due to machinery –
with a Reddy Kilowatt pin.

When he was on weekend call,
my sisters and I sat on the wheel wells
in the back of the company jeep –
wearing our hard hats –
jouncing along unpaved roads
to inspect dams, pipelines, reservoirs,
unmanned Deerfield hydro stations.

His work became ours,
generating power.

*****
From a prompt about a place that we had visited, I wrote this poem about singing in Siracusa, Sicily with the Smith College Alumnae Chorus:

Clad in black,
I stand with the sopranos
behind the orchestra,
Requiem score in hand.
As Mozart echoes,
I know this sacred space –
erected as temple to Athena,
over centuries becoming
temple to Roman Minerva,
Christian church,
mosque,
returning to its current identity
as a Catholic cathedral –
is the most ancient place
in which I will ever sing.

*****
The last is my first ever attempt at prose poetry, heavily edited and expanded with advice from our instructor Cammy and my poetry critique group:

I wrote my first poems in a black-and-white marble-covered composition notebook in the fifth through eighth grade room in my elementary school. I wrote about the brook which flowed through the four seasons – the autumn hillside through our upstairs classroom windows as a pirate hat spilling gold doubloons – Bobby Orr and Phil Esposito skating to the Stanley Cup for the Bruins – a song to forgotten children who lacked family and home – the death of my grandfather and playing the organ for his Month’s Mind Mass at Saint Joachim’s – my first free verse poems, after Miss Andersen taught us that poems didn’t have to rhyme like Mother Goose and “The Midnight Ride of Paul Revere” (which we knew by heart for Patriots’ Day recitation) – and on the very first page, in Palmer Method cursive, my hometown tribute to Monroe Bridge, with the closing lines, “There’s only one in the whole USA. That place knows me.”

I wish I still had that notebook to bridge the poemless decades that followed, to rediscover the girl who sluiced inky torrents between faint blue lines on crisp white pages, to remember when a town was a world, to again feel fully known, to recover the voice that went silent when severed from that place.
****** 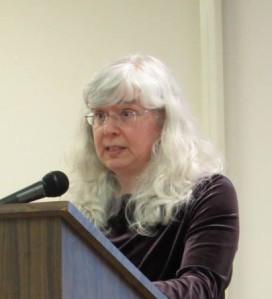 Reading at the Binghamton Poetry Project

My poems that have appeared in the two prior anthologies can be found here and here. Our summer sessions are more low-key and don’t publish, so while this is my fourth set of session with BPP, it is only the third anthology.  Another fun BPP-related post is my first and so far only attempt at slam poetry.  I leave it to the readers to decide if my poetic skills are improving with time, experience, BPP, and the example and generous assistance of my fellow poets.