We were blessed to have L’s mom visiting from the UK. I will call her Lola here, which is Tagalog for grandmother. She was here for a week and a half, during which we gave her as much cuddle time with ABC as possible. When all the necessary documents go through and E and ABC join L in the UK, they will be living with Lola and Lolo (grandfather), so the visit was the beginning of what will be years of cuddling and babysitting.

We were also excited to have daughter T home for a long weekend. Besides meeting her niece for the first time, T also became her baptismal sponsor. T’s own godmother served as a witness by proxy for L’s sister, who will be ABC’s British godmother.

Sorry for all the initials…

The baptism took place after Mass with the deacon, himself a grandfather several times over, presiding. ABC wore the same dress that Nana had bought sixty years ago for my older sister’s baptism, which was also worn by me, my younger sister, and both of my daughters. Here is a picture of all those who have worn this little dress.

Paco was able to come down to church for the baptism, but Nana wasn’t well enough to join us. After the baptism, we convened at Nana and Paco’s apartment for a feast of Filipino food that L and Lola had prepared. Brent and I made pies for dessert. Everything was delicious!

We were very grateful that Lola got to meet Nana and Paco. It felt like they had known each other much longer than a few hours! I love this photo of Nana and Lola. 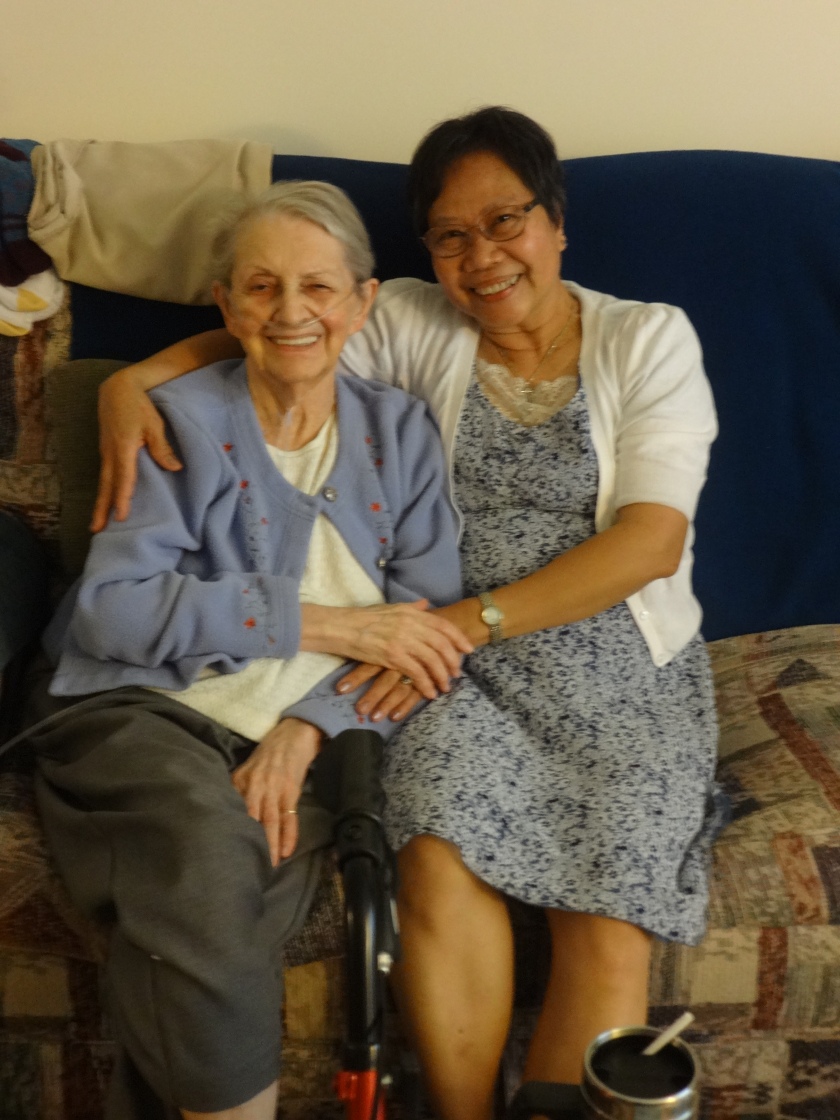 ABC is blessed to have many people praying for her. There was even a physical reminder of the support of E and L’s parish in Honolulu, where they were married and served in music ministry. The blanket Ada is napping on in this photo was made by a choir member there.