The day after our visit to Lake Bled, we took a trip to Trieste, Italy, on the Adriatic Sea, not far from the Slovenian border. Even though we only had a few hours, I was looking forward to being in Italy, which is my maternal lineage’s homeland. Also, B had never been to Italy, so it was fun to add another country to his international list, which is substantially longer than mine due to business travel.

We first went to Saint Just Cathedral, a centuries-old church on the hill overlooking the city. While other cathedrals were remodeled as artistic styles changed, this one remains in the Romanesque style and incorporates some features salvaged from Roman Empire structures, as you can see in the tower. 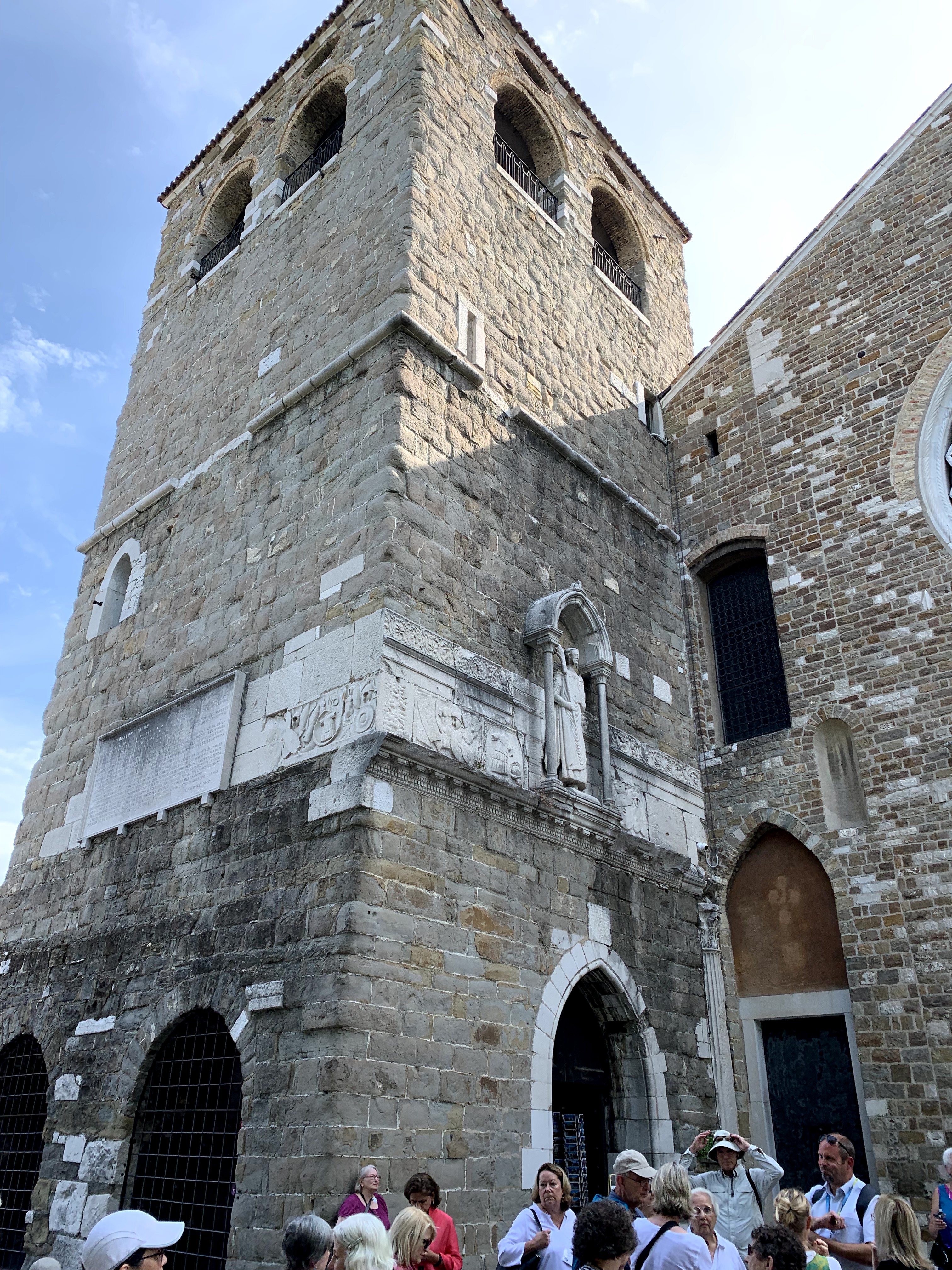 On entering the cathedral, my eyes were immediately drawn to the magnificent – and vibrantly colored – mosaic over the main altar. 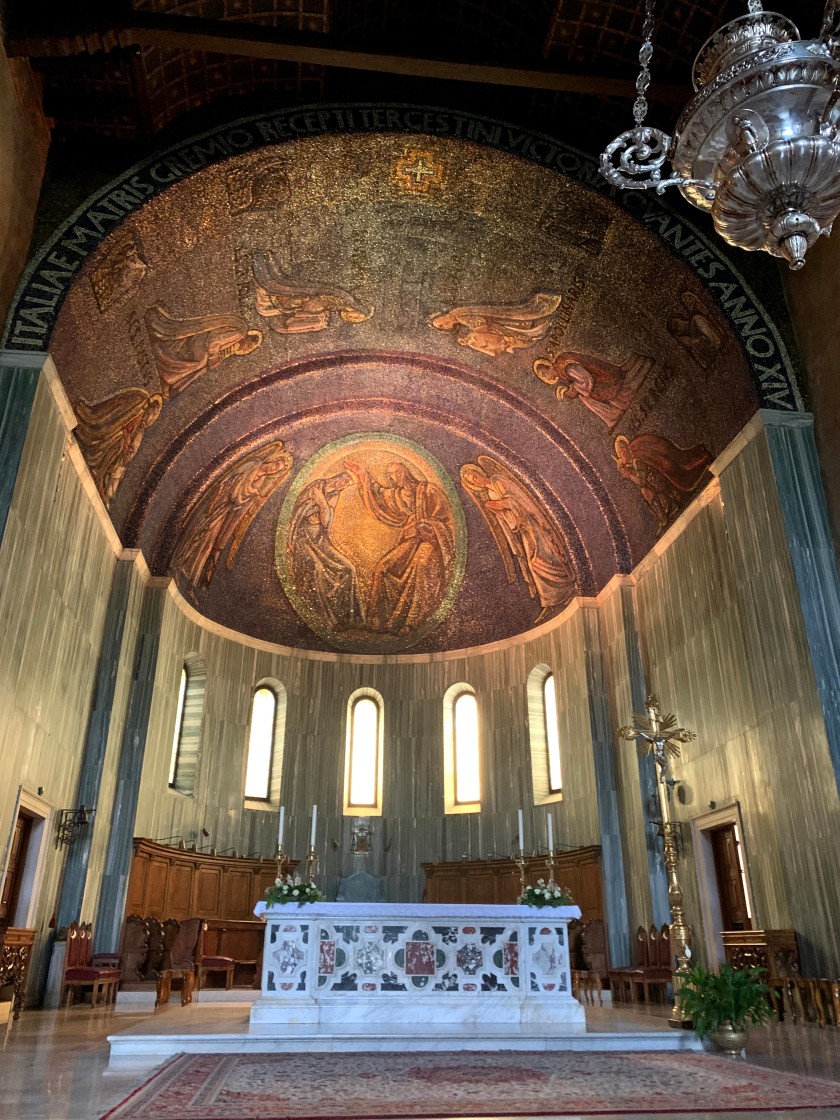 The ceiling over the nave was also interesting. 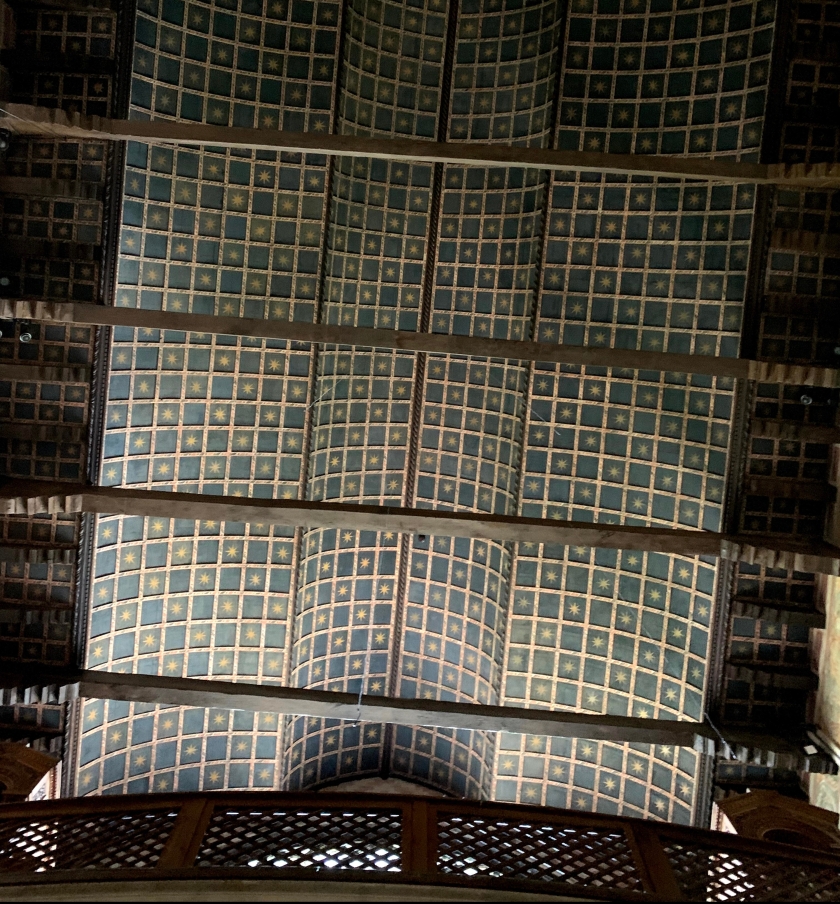 To the left of the main altar, was this one with the Madonna and Child. 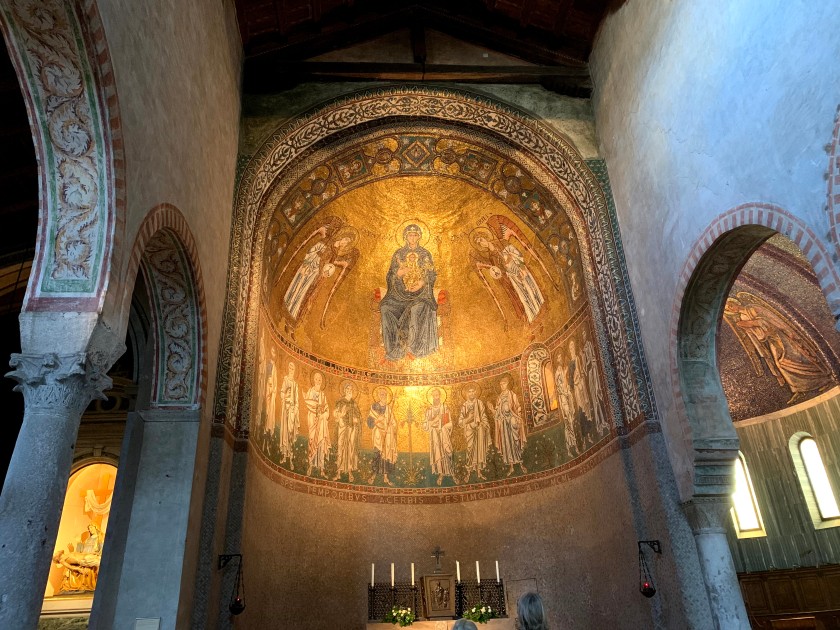 As one expects in old cathedrals, there were other small altars along the sides. I particularly liked the sunlight streaming into this beautifully painted one. 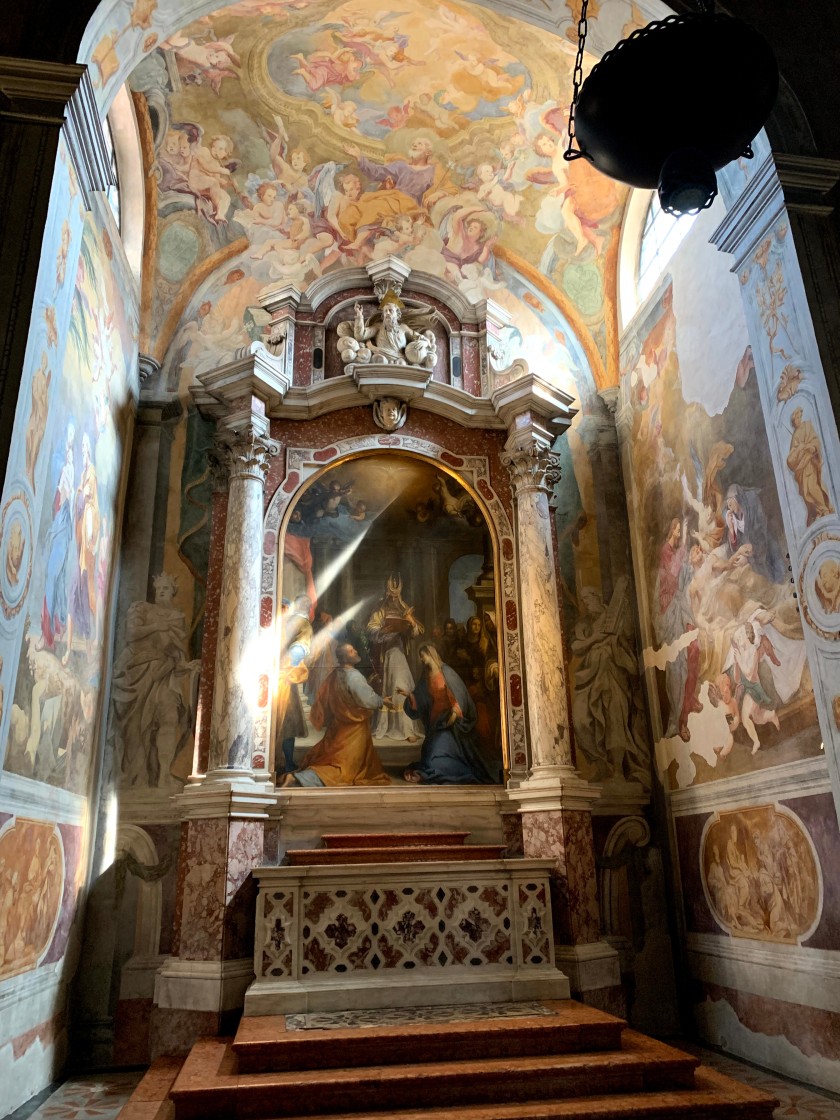 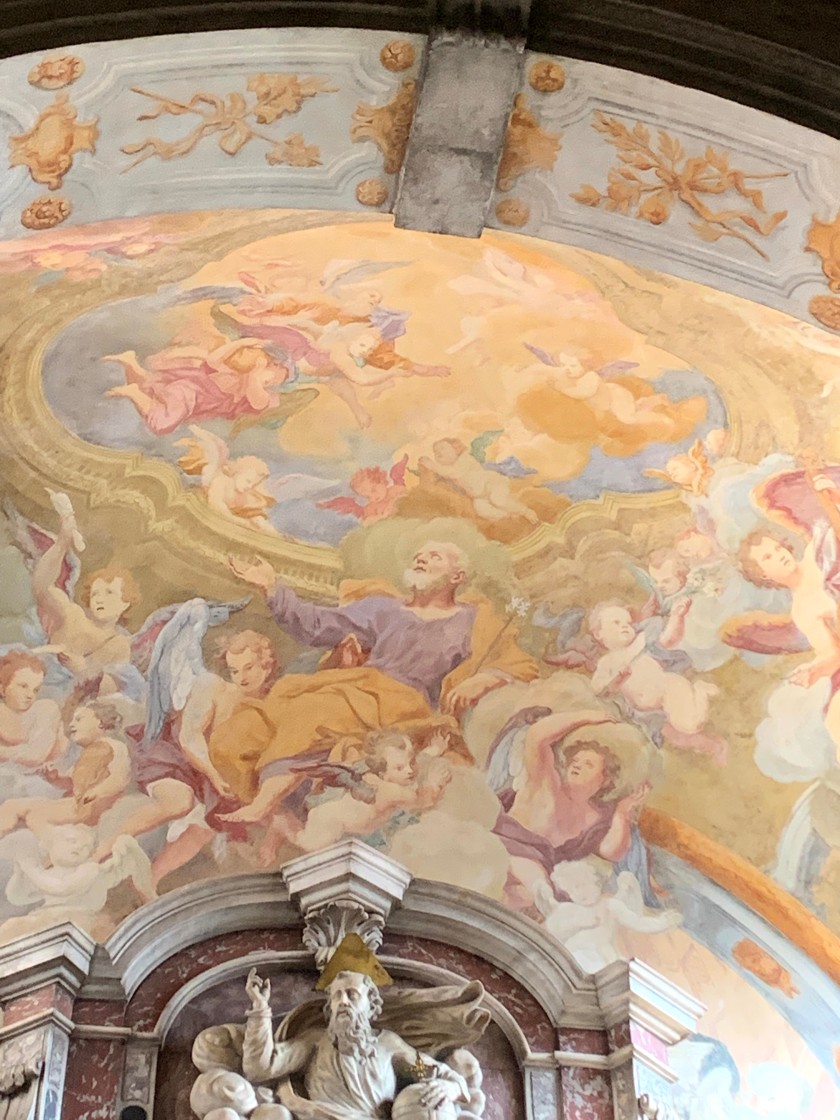 Next, our amazingly skilled bus drivers took us down some narrow, twisting streets to  Trieste’s main piazza near the sea.  The square is surrounded by impressive palaces and government buildings. It is now called Piazza Unità d’Italia, a name it acquired a century ago when Trieste became part of Italy; it had previously been part of the Austro-Hungarian Empire. 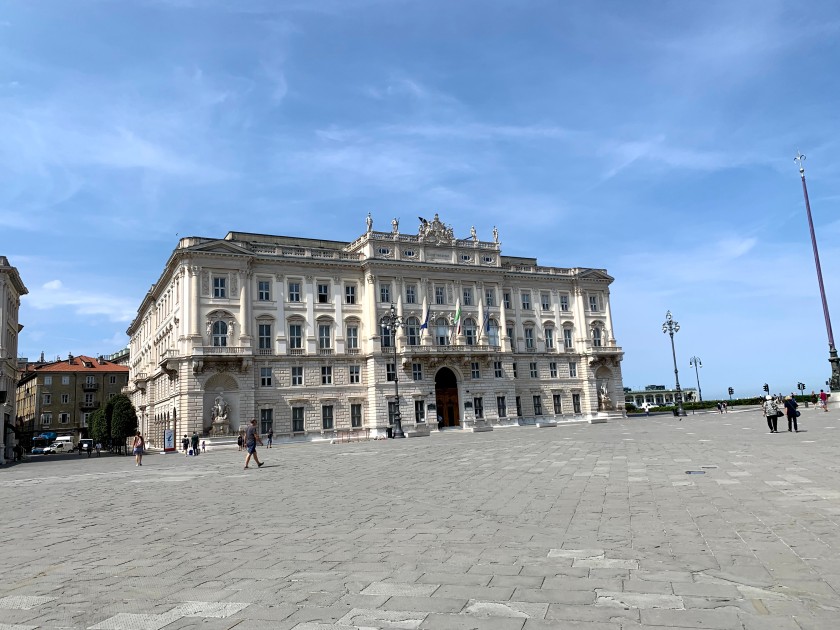 The Piazza contains the Fountain of the Four Continents. It was sculpted in the 1750’s representing the four continents known at that time: Europe, Asia, Africa, and the Americas. 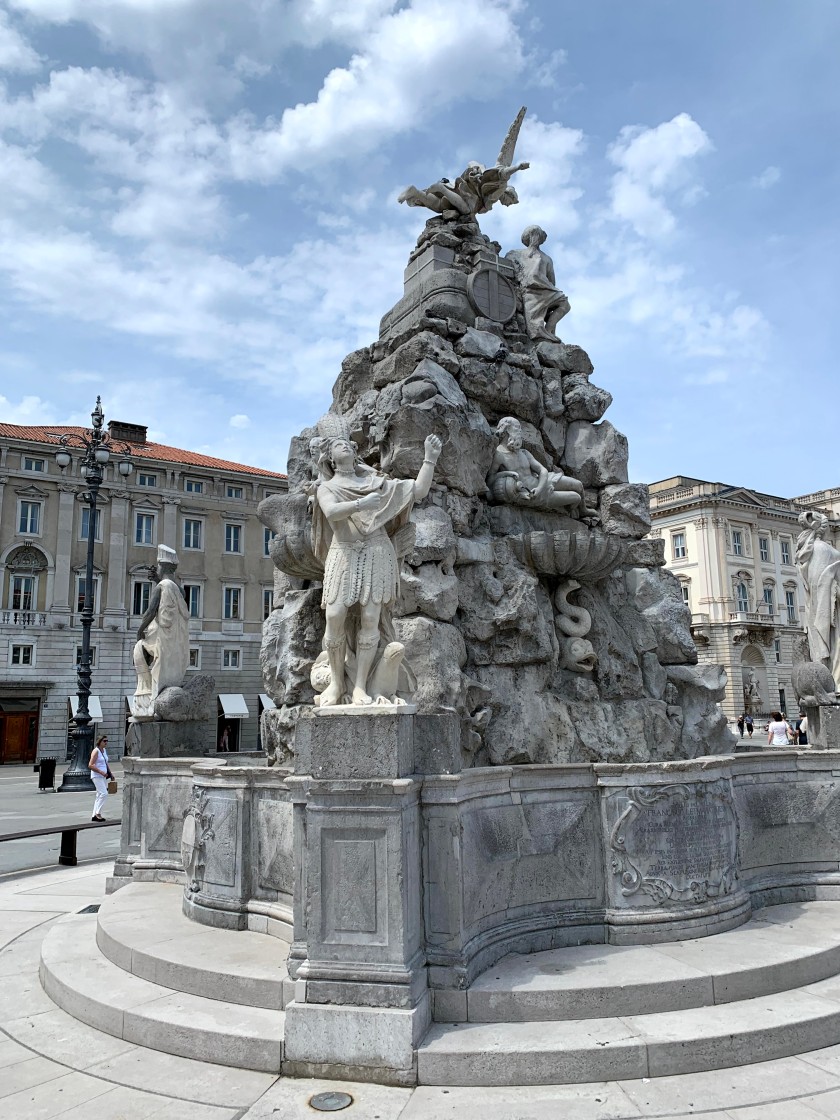 We also visited the remains of a Roman amphitheater nearby. Dating from the first to second century of the Christian era, it was unearthed in 1938. There are still occasional concerts held at the site. 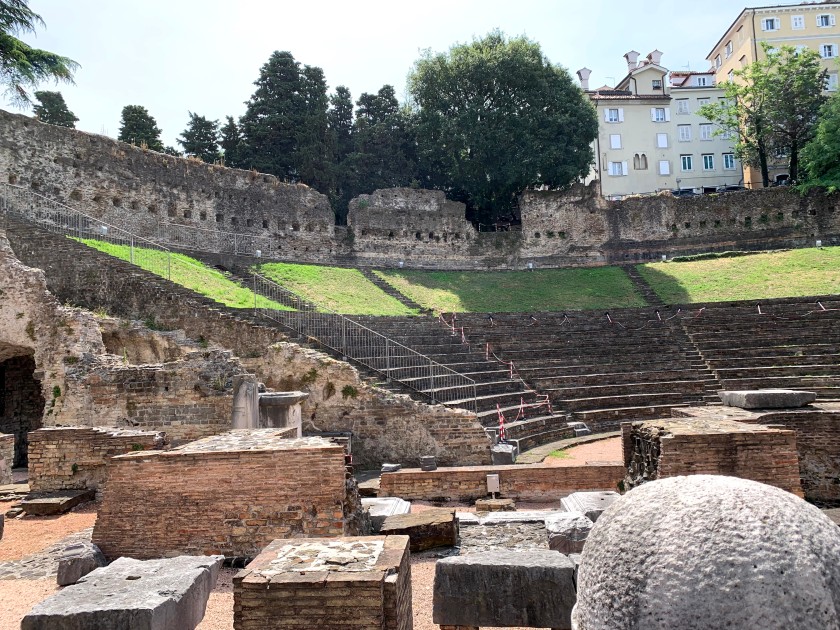 The unfortunate thing about our excursion to Trieste was that it was too brief. Perhaps, some day we will return. 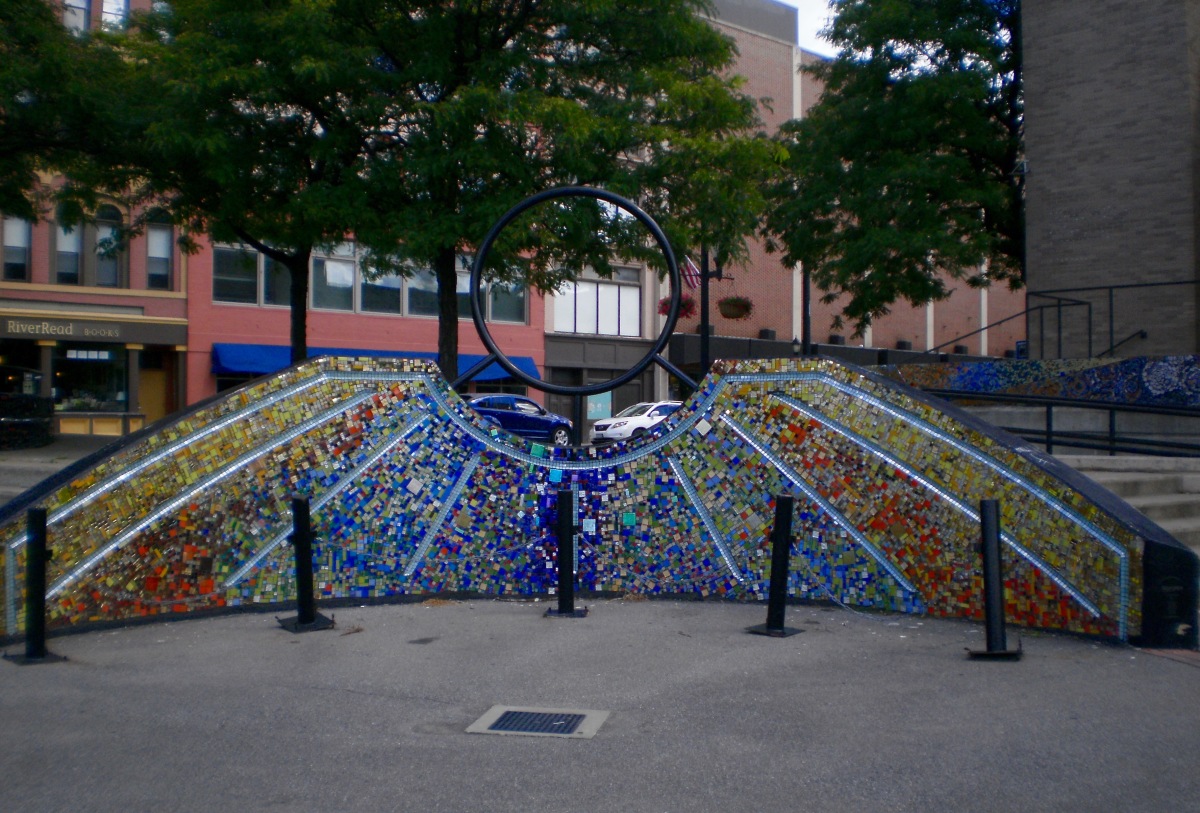 When I revealed my secret poetry mission, I promised to share the text of my poem “Thanks to the Department of Public Art” after it was published in the fall anthology of the Binghamton Poetry Project.  The anthology is available tonight at our reading, so I am pleased to share the poem below. Here is a recording of my original reading at the 2016 Heart of the Arts Awards dinner.

Thanks to the Department of Public Art
~~ by Joanne Corey

for Emily Jablon, Peg Johnston, and all whose hearts are in the arts

Across Court Street
a riot of mosaics
flowing around curves
moving through the spectrum
patterns
shapes
florals
the clear message
“BE  INSPIRED,
BE BINGHAMTON”