Today is March 17, which is usually celebrated as Saint Patrick’s Day. Although it is a feast day for Saint Patrick in the Catholic church, it is generally celebrated in the United States also as a secular holiday with parades, Irish food, and, in many cases, way too much alcohol.

This year, with COVID-19 social distancing protocols in place, things are very, very quiet. Paco will still get to have corned beef and cabbage and potatoes, but he will be eating it in his apartment instead of a dining room filled with his senior living community friends wearing green and sitting at tables decorated for the occasion.

Fun fact:  Paco’s middle name is Patrick. He finally got to visit Ireland, the home of his grandparents, last fall. 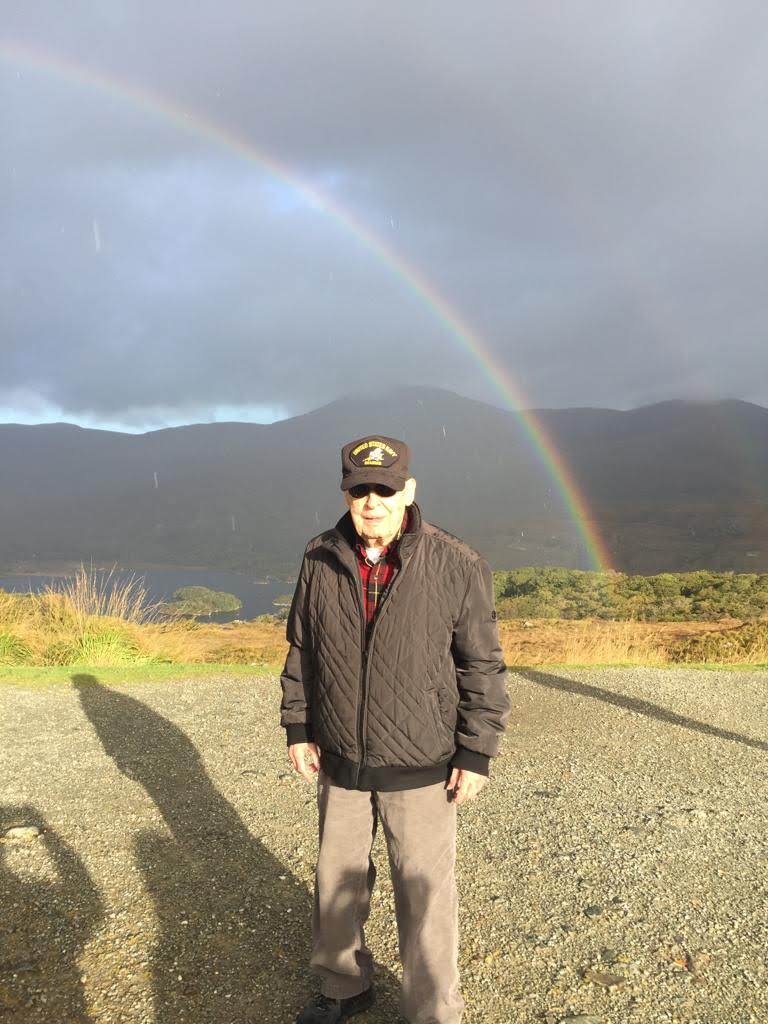 B’s side of the family had some different March 17th traditions. B’s dad was an elementary school principal who had a running joke with his students and staff. He celebrated March 17th as Evacuation Day, which commemorates the British leaving Boston on that date in 1776 after an eleven month siege, under pressure by the Continental Army, commanded by George Washington and bolstered by cannons captured from Fort Ticonderoga. Parts of Massachusetts celebrated it as an official holiday, although not the western part of the state where his school was located. He used to make an announcement on the public address system in the morning and even designed an evacuation day card which he printed with his then-new dot matrix printer.

He also used to buy an “evacuation day” bouquet for B’s mom, known here at TJCM as Grandma. After he passed away, B and I continued the tradition of giving Grandma evacuation day flowers, first ordering them delivered to her home from their favorite local florist and then bringing them in person after she moved to our area.

In 2016, we changed it up a bit and gave Grandma a planter. We had no way of knowing that she would pass away after a heart attack a few days later. Our daughter T, who has a special affinity for plants, took over care of the planter, eventually having to separate the plants into different pots as they grew too large.

Today, the African violet and the kalanchoe from the planter are in full bloom.

On the dining room table, is an evacuation day bouquet that B bought for T.

Welcome to Top of JC's Mind! My name is Joanne Corey and this blog is an eclectic collection of my poems, musings, and whatever else is at the top of my mind - politics, films, climate change, church, music, feminism, etc.
Follow Top of JC's Mind on WordPress.com
Join 1,887 other subscribers