I think that everyone should read Tric’s blog! You can tell her I sent you. 😉

My thoughts on a page.

I was toying between that title or perhaps,  ‘How not to increase traffic to your blog’. I’ve been blogging over two years and for the most part have enjoyed every day of it. However in the last month, due to life, holidays, my children annoying me and my husband expecting me to feed him, I’ve had less time to write, to read and to post here on wordpress. This has naturally meant my usually high stats, (not!) have nose dived, leading me to wonder, and wondering is not always a good thing!

For as I wondered I grew envious (and bitter). Why do I not have a following of thousands reading my blog? Am I not interesting? At times funny? At times inspirational? Ok perhaps not.

This week I read a couple of posts from bloggers who had big stats. They were kindly telling me, and everyone else, but I…

Most of my readers are from the United States, as am I. This post has some fun questions for you to weigh in about the US.

I Read Encyclopedias for Fun

This is the first post in a new series where I explore each country that my readers come from, starting with the biggest and going down to the smallest.  However, I need your help.  I’m going to provide the most basic information that you can find, but I want opinions from you. 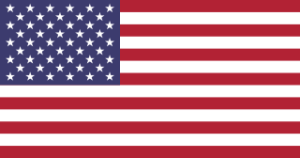 The United States of America

It’s a big country.  With an area of 9,857,306 square kilometres, it’s the third largest country in the world.  It has a population of…

The WordPress.com stats helper prepared a 2014 annual report for Top of JC’s Mind. Instead of a Sydney Opera House or Louvre comparison like larger blogs, I am a subway train level blog. 😉  I saw the reports for some of the larger blogs I follow first and fleetingly considered keeping my summary report private, but decided that I should share because I am proud of the progress I made as a blogger this year and proud that I managed to stay active through my first full calendar year here at WordPress, despite the topsy-turvy path life has taken.

I’m sending out a big thank you to Linda G. Hill at Life in Progress! Many of my views this year were due to participating in her One-Liner Wednesdays and Stream of Consciousness Saturdays. Everyone is invited to join in the fun! Just check her blog for links on Wednesdays and Fridays, when the prompt for SoCS is published.  I found new blogs to follow by participating and gained new followers for Top of JC’s Mind through it, too.

A New York City subway train holds 1,200 people. This blog was viewed about 4,600 times in 2014. If it were a NYC subway train, it would take about 4 trips to carry that many people.